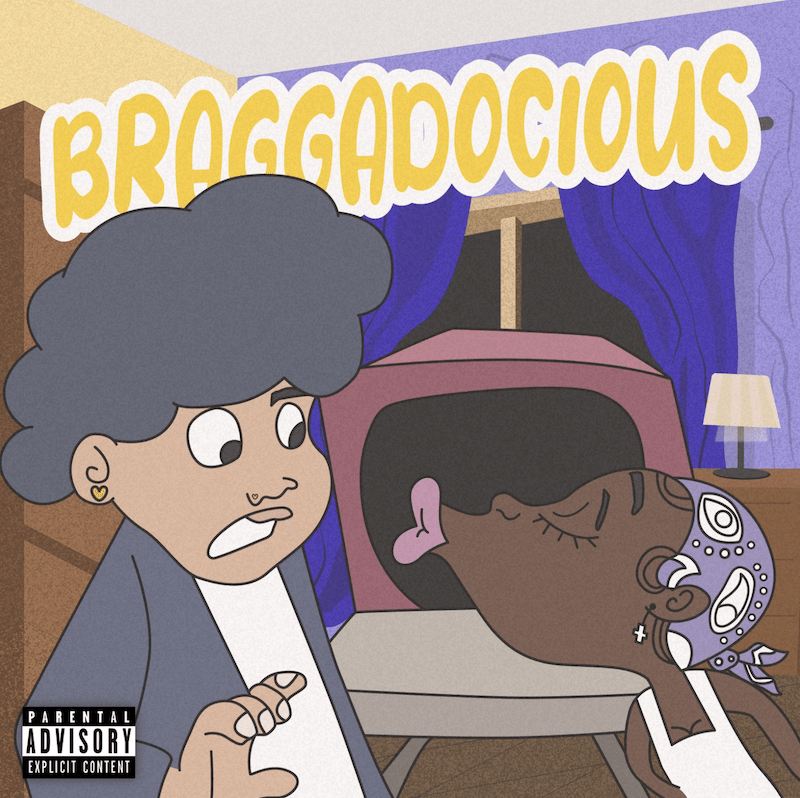 Californian rapper/singer/producer, composer, and apparel designer Bae Bae is just 19 years old and is already taking the music industry by storm. He just released “Braggadocious,” a fast-paced, cheerful track that displays his rhythm and rapping skills. Kicking of 2022 with a bang, Bae Bae is clearly up next in terms of potential, and spectators can anticipate seeing a lot more from him in the future. In a recent interview, Bae Bae remarked, “What makes my story unique would be the end, knowingly that’s in the future, but I know I’ll do all the things I have in mind. I think that will be the most unique part.”

The gifted musician also talked about his early experiences when he first began to create music. He said that he composed music in his bedroom using a MacBook and programs like logic pro. “When it comes to how I look at the industry, making my moves within it, my role models would definitely have to be Tupac and Kanye,” he said. “They are just real, they took whatever they wanted not only because they music was pure but because of their mentality. So in my journey definitely taking notes from their interviews.” As he continues to rise in the industry, it’s clear that Bae Bae has a unique mindset. His early, humble beginnings helped pave the way for that.

The fact that he wouldn’t be able to pay college motivated him to seek a career in music, according to Bae Bae. “Knowing I wouldn’t be able to afford college, pushed me to pursue the industry,” Bae Bae said. “Watching a lot of interviews of my inspirations and how they started, really gave me dat hope that i know i could do it. You know if you can’t level up in life through the system that’s built, might as well make your own.” In terms of his own aspirations for the future, Bae Bae adds that in addition to producing, writing, or creating features, he wants to work with everyone. “Whatever it may be, I just wanna collaborate,” he continued. “Dr. Dre stressed that all of his work was a collaboration, there’s a lot of beauty when more than one soul, works on a musical piece, and I think if the industry started being more open to pushing boundaries with their collaborations the fans will love it.”

Bae Bae still feels modestly pleased of his talent and capacity to be himself. “Skills wise I think being me is my number one skill,” Bae Bae elaborates. “Not worrying about how it should be done, a lot of people think replication is the best form of consumption, but I don’t think that’s the case.

Being able to take criticism and tweak my faults within my music whether it be on that track or the next one, and being creative definitely helps me stand out.” The new song “Braggadocious” by Bae Bae is only the beginning. He’s come to take over, so fans should keep an eye out for what he has in store for them next.

Until then, listen to the brand-new song and stay up to date on everything Bae Bae. “Be yo self. Never switch out genuineness for money or a brand deal, or anything of that nature. Money isn’t the key to the world, but the way you get yo money could be the key to it.”

Ones To Watch: Rising Artist BoogieFrmDa8

This website uses cookies to improve your experience while you navigate through the website. Out of these cookies, the cookies that are categorized as necessary are stored on your browser as they are essential for the working of basic functionalities of the website. We also use third-party cookies that help us analyze and understand how you use this website. These cookies will be stored in your browser only with your consent. You also have the option to opt-out of these cookies. But opting out of some of these cookies may have an effect on your browsing experience.
Necessary Always Enabled
Necessary cookies are absolutely essential for the website to function properly. This category only includes cookies that ensures basic functionalities and security features of the website. These cookies do not store any personal information.
Non-necessary
Any cookies that may not be particularly necessary for the website to function and is used specifically to collect user personal data via analytics, ads, other embedded contents are termed as non-necessary cookies. It is mandatory to procure user consent prior to running these cookies on your website.
SAVE & ACCEPT

Hey, join our big family and get notified about the latest news and entertainment straight to your inbox!